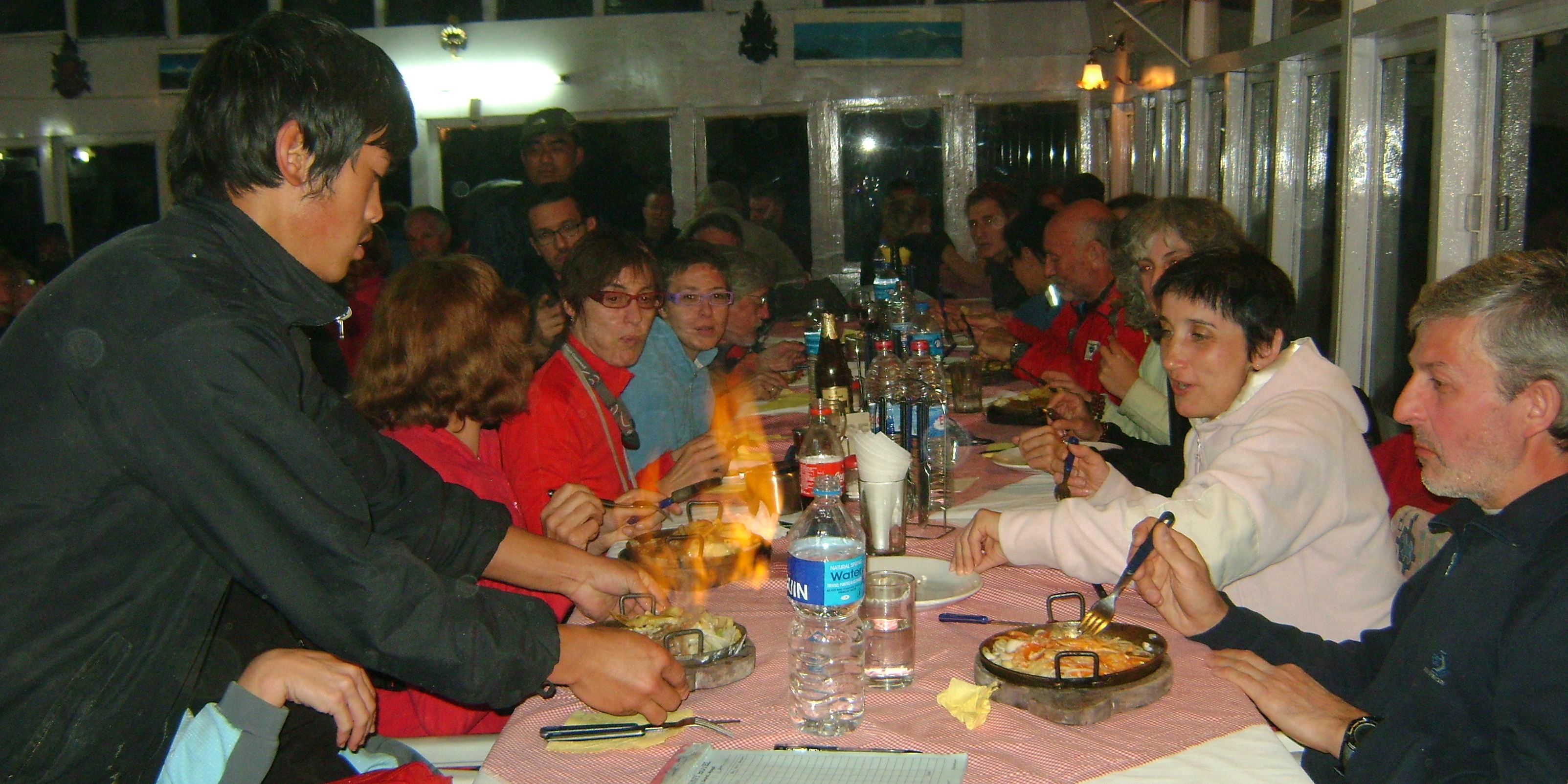 One of the first things Nepalese people ask each other when they meet is, “Khana khanu bhayo?”(Have you eaten yet?). This tells you the significance of food in a place where for centuries more than half the population have been farmers. The diversity in people’s cultures and the geography of the land ranging from the Himalayas in the North to the flat plains in the South means that the variation in the types of cuisine is colossal. The ‘main’ food of Nepal is dal bhat. Dal is lentil soup and bhat is rice. It is usually served with some vegetables and achaar(pickle, usually spicy). The variation in the type of achaar is massive. Nepal probably has more types of achaar than France has cheese! Tomato achaar is perhaps the most common. Apart from tomatoes, achaar can be made from radish, potatoes, dried mustard greens, pumpkin, bitter gourd, and so many other ingredients.

Just like rice dhindo is another dish that is eaten in most places with vegetables, meat, and achaar. Dhindo can be made with ground buckwheat, millet, or corn meal. To prepare dhindo, flour is added to boiling water and stirred. Unlike in the past, dhindo is quite common in restaurants in various cities as well. Previously, there was a certain stigma attached to this food despite it being considered the ‘national’ food of the country. Rice was supposed to be the superior food and only poor people were supposed to eat dhindo, but that is no longer the case as is evident with its popularity.

Momo is a popular snack. It is a steamed dumpling with minced meat filling. These days there are more variations like veg momo, fried momo, soup momo, and even chocolate momo. Similar dishes are found in various parts of Asia. In Nepal, it is served with spicy sauce. In Kathmandu, you will find a momo shop in almost every corner of the street.

One of the first things Nepalese people ask each other when they meet is, “Khana khanu bhayo?”(Have you eaten yet?). This tells you the significance o...